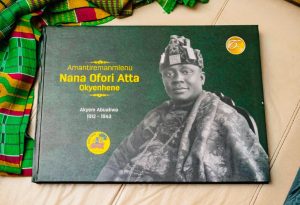 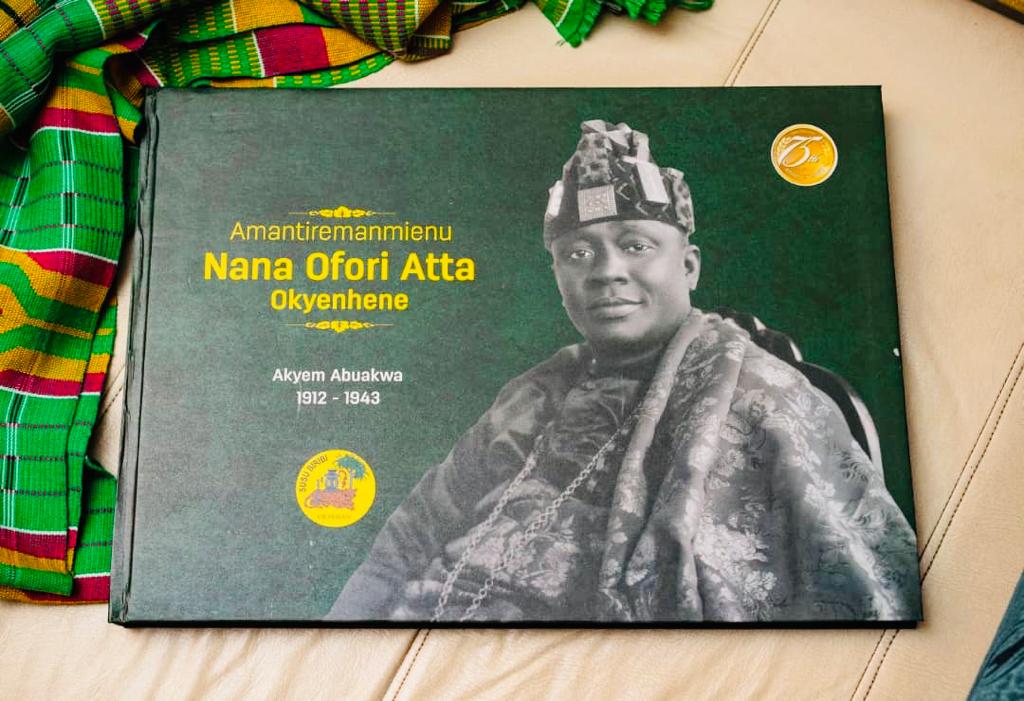 Amantiremanmienu means literally ‘He who bestrode two worlds’. Nana Ofori Atta was the first Western educated Okyenhene; the first traditional ruler to establish a Stool Treasury, proceeds of which he ploughed into founding and funding the first Trade and Secondary School (now known as the Abuakwa Secondary School); and the first Scholarship Fund to support brilliant but needy children in the Gold Coast. He established what is now the Kyebi Government Hospital. The longest serving African on the Legislative Assembly, the de facto Parliament of the day, he was the first African to draft and sponsor what became known as the Native Ordinance Bill — it served as the administrating law for the Gold Coast until 1944.

The first traditional ruler to be knighted, Nana Sir Ofori Atta married 44 wives. He was the first Okyenhene to establish a committee to write the constitution of Okyeman.

This unique Coffee Table Book shares for the first time, excerpts from the archives, dairies and letters he kept in Kyebi. Of all the titles bestowed on him, he would sign each letter in green ink: ‘I am, Omanhene, Akyem Abuakwa’.

Published by Heritage Project as part of The Legacy Series.

The Ewe of Togo and Benin