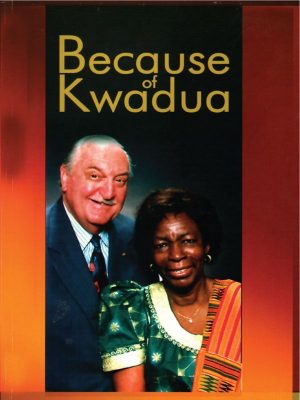 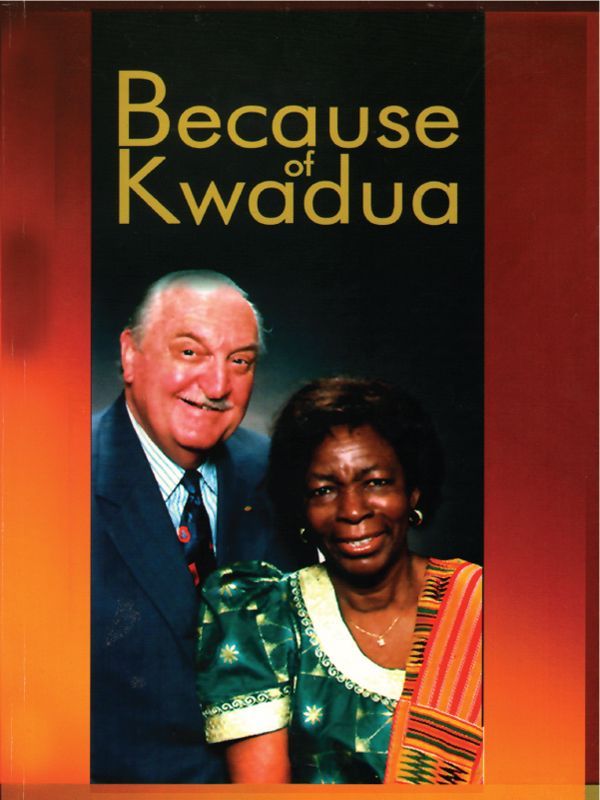 An autobiography in honour of love, Because of Kwadua, is an easy read of love in the colonial and immediate independent Ghana from the late 40s to the late 60s.

Set in the capital city of the country, Accra, and the Golden city, Kumasi, and their environs, the author, Hans Rudolf Roth recounts the stoic love of Kwadua, his wife, as he forays into work, experiences and making a living in Ghana at the time as a white.

Because of Kwadua unfolds a magnificent gallery of memorable character, vivid snapshots of political rivalry, supervised and shrewd corporate efforts at profit making, the spell and blessing of domestic love and the nobility of traditional royal life.

Transplanted from Europe to the Swiss African Trading firm in Kumasi, young Roth finds himself ensnared by the ‘dainty lady from Africa’, ‘the black beauty of the Gold Coast’. The hidden beauty, the excellent cooking and the charming manners of Mercy Kwadua Kwafo deepen the undying intimacy of the two till their love ripens into inescapable wedlock.

The book is set in the turbulent last days of colonial administration in the Gold Coast and five decades of post-independence Ghana and moves with astonishing kaleidoscopic speed.

Because of Kwadua unfolds a magnificient gallery of memorable characters, vivid snapshots of political party rivalry, supervised and shrewd corporate efforts at profit making, the spell and blessing of domestic love and the nobility of traditional royal life.

Very exiting, very entertaining and full of drama, the book holds the reader with magnetic compulsion.

Be the first to review “Because of Kwadua” Cancel reply

Beyond the Rivers of Ethiopia