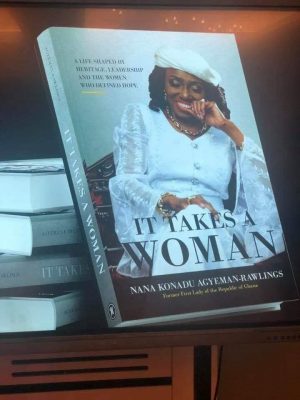 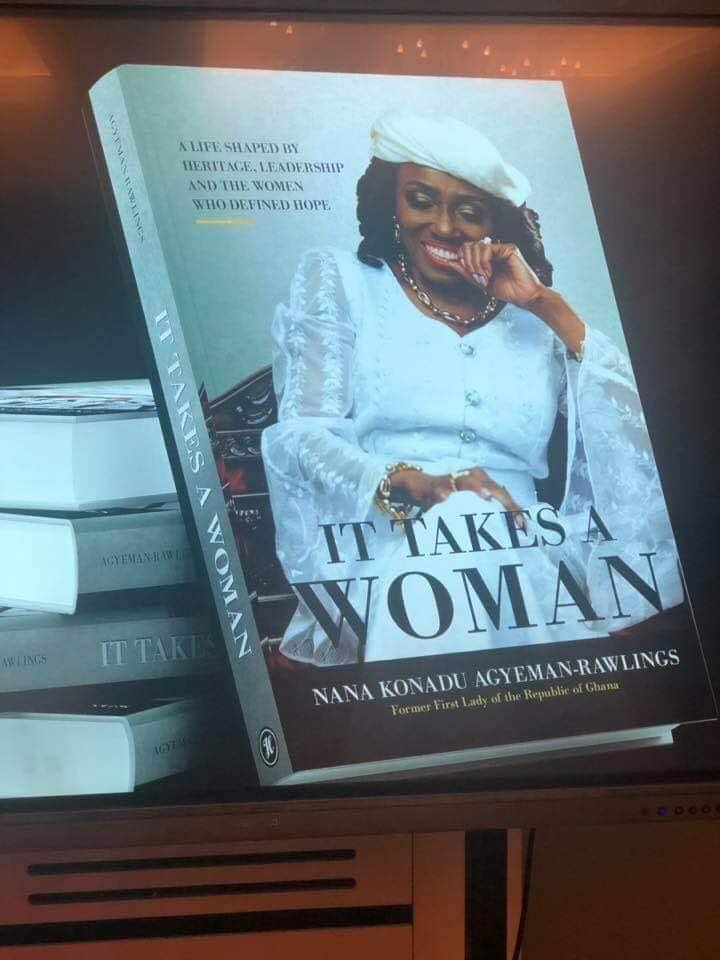 It Takes a Woman retraces the early life of Agyeman‐Rawlings who rose to prominence as the First Lady of the Republic of Ghana (1982-2000). She redefined the privilege of serving a nation, and sought every platform to champion the causes of underserved citizenry and women. While her husband, former President Jerry John Rawlings, embarked on a relentless pursuit of transforming Ghana into a model of African democracy, Mrs. Agyeman-Rawlings founded the 31st December Women’s Movement (the 31st DWM), an organisation which played a pivotal role in the empowerment of women, and in addressing issues of systemic gender inequality, not only in Ghana but across the African region.

Born in an era when women were overtly marginalised, Nana Konadu Agyeman-Rawlings’ strong relationship with her father, mother and family elders formed the core of much of her formative years. Fortified by her unique family history, she was raised to never accept the notion that “there were some things she could not do, simply because she was a woman.”

The narrative captures the family history of a spirited little girl, and as she walks us through the refreshingly detailed scenes from her childhood, we are transported to a hopeful and quintessential Ghana, where a sense of national pride resounded powerfully at the time of independence. But as she recalls Ghana’s struggles post-independence, we are also confronted face to face with her juxtaposed emotions of elation and frustration, hurt and joy, certainty and dread. She was not to know that her personal life being upended early one morning in 1979 would also become a turning point in the nation’s history and would thrust her into the glare of international publicity.

It Takes a Woman, written with unflinching candour, is an absorbing portrait of a life devoted to public service and shaped by heritage. Above all, it is an account of resilience. The voices of the women who stood tall will forever inspire Agyeman-Rawlings to stand for many more whose voices may not be loud enough to stand on their own.

Be the first to review “It Takes A Woman: A Life Shaped by Heritage, Leadership and the Women Who Defined Hope” Cancel reply

Our Motherland – My Life

The Bold New Normal: Creating The Africa Where Everyone Prospers