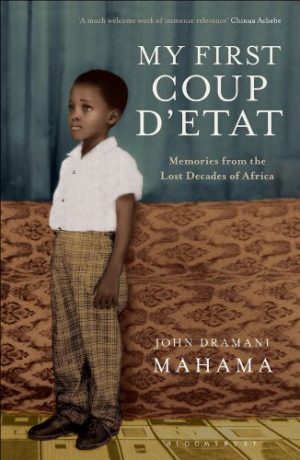 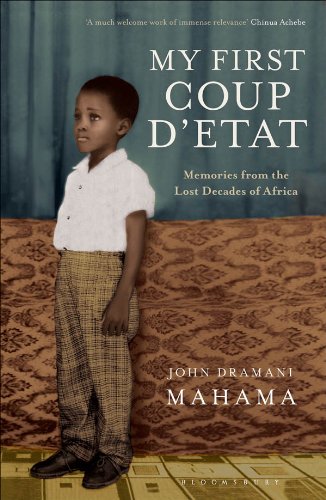 My First Coup D’Etat chronicles the coming-of-age of John Dramani Mahama (former President of Ghana) in Ghana during the dismal post-independence ‘lost decades’ of Africa. He was seven years old when rumours of a coup reached his boarding school in Accra. His father, a minister of state, was suddenly missing, then imprisoned for more than a year.

My First Coup D’Etat offers a look at the country that has long been considered Africa’s success story. This is a one-of-a-kind book: Mahama’s is a rare literary voice from a political leader, and his stories work on many levels – as fables, as history, as cultural and political analysis, and, of course, as the memoir of a young man who, unbeknownst to him or anyone else, would grow up to be vice president of his nation. Though non-fiction, these are stories that rise above their specific settings and transport the reader – much like the fiction of Isaac Bashevis Singer and Nadine Gordimer – into a world all their own, one which straddles a time lost and explores the universal human emotions of love, fear, faith, despair, loss, longing, and hope despite all else.

An important literary debut from the then Vice President of Ghana, a fable-like memoir that offers a shimmering microcosm of post-colonial Africa.

‘A much welcome work of immense relevance.’ ~ Chinua Achebe

Be the first to review “My First Coup d’Etat: Memories from the Lost Decades of Africa” Cancel reply

Conversations With My Father (Hardcover)