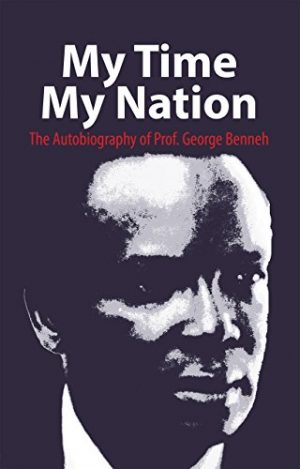 My Time My Nation: The Autobiography of Prof. George Benneh 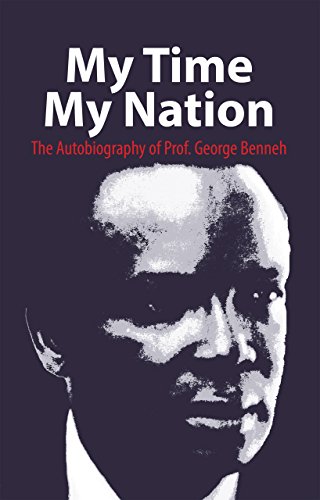 My Time My Nation: The Autobiography of Prof. George Benneh

Professor Benneh’s life story reflects the promise of the country he serves so faithfully. It captures the anticipation of the pre-independence years, the disillusionment of the forays into military rule, and the integrity of the return to civilian rule with many painful lessons learnt. Indeed, as he recalls his early years with his father on the campaign trail, he presents the mixture of excitement, superstition, and euphoria as the Gold Coast transitions into an independent country ad later the Republic of Ghana.

Through out the autobiography the reader is conscious that the astute politician is also an astute scholar—lecturer, researcher, administrator. As he brings his analytical acumen to his performance of his responsibilities as Head of Department, Pro Vice-Chancellor and, finally, Vice Chancellor, Professor Benneh demonstrates a unique ability to move seamlessly between two worlds often considered incompatible.

The autobiography provides a vivid account of an enviable range of experiences from the author’s childhood in Brong-Ahafo region, through conferences in some of the most exotic locations in the world. Yet, he always remains the family man, devoted to his covenant wife, children, grandchildren, wider family and the abiding reliance and trust in his Maker. The autobiography ends with the octogenarian’s tribute to his late father who was his first and best mentor and inspired him reach beyond the sky.

Professor Benneh presents a career that few can equal and recounts his successes as well as his shortcomings with candour and great courage.

The history of a great nation is presented by an insider — that could be enough incentive to read this book. Always more than a historical account, the reader sees the life of a great man who continues, even in adversity, to write a story that will inspire people of all ages, political ties and religious faiths.

Be the first to review “My Time My Nation: The Autobiography of Prof. George Benneh” Cancel reply