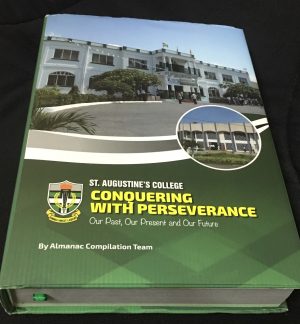 St. Augustine’s College: Conquering With Perseverance – Our Past, Our Present And Our Future 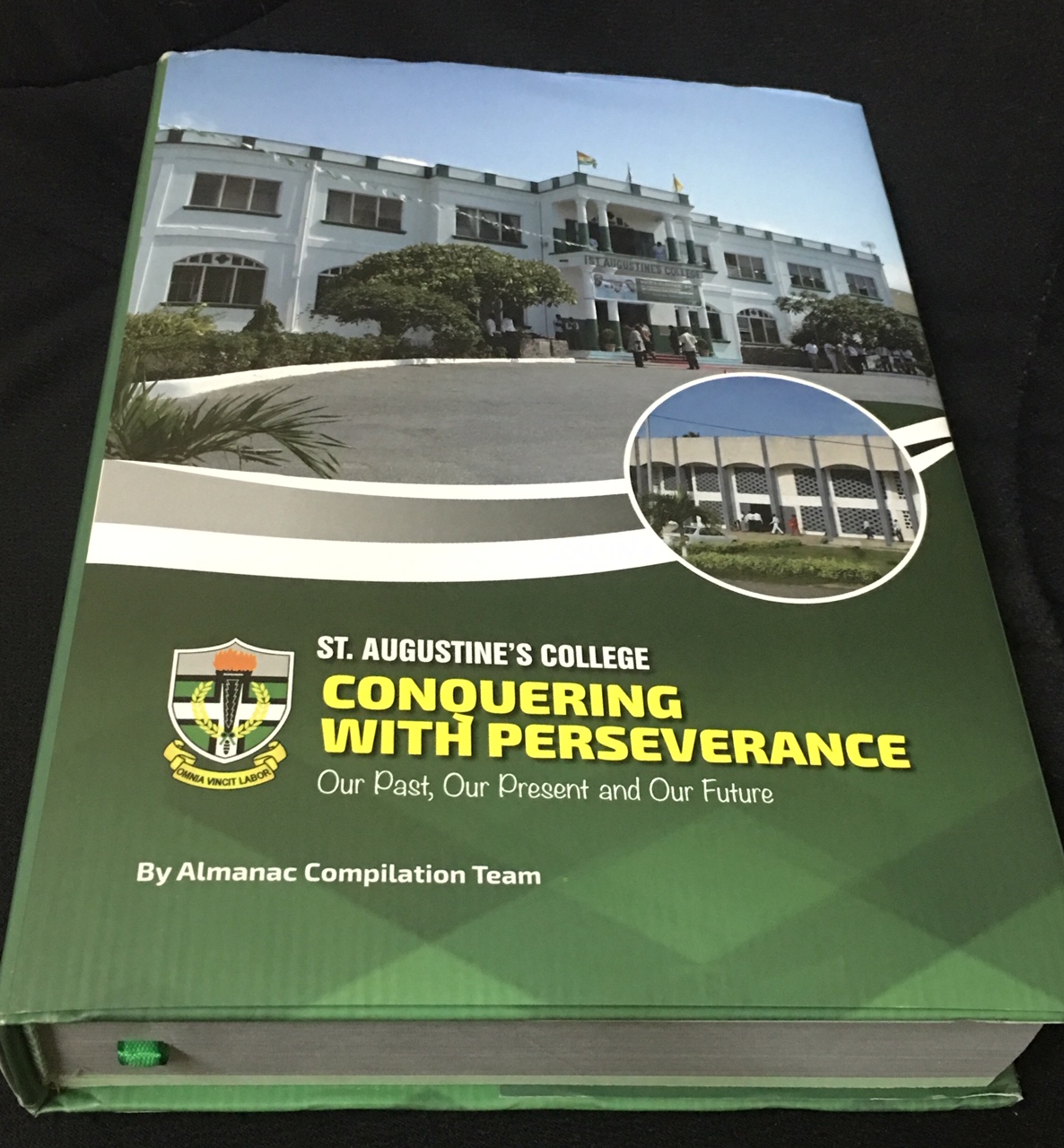 St. Augustine’s College: Conquering With Perseverance – Our Past, Our Present And Our Future

The 724-page book is the first-ever reference book by any college in Ghana. It serves as both a history book on everything one needs to know about the St. Augustine’s College and serves as both an encyclopaedia as well as almanac that compiles in detail, every single one of the over 400 parishes, out-stations and individuals that contributed towards the establishment of the College. It also traces the history of the Gold Coast Catholic as the root of Catholic Education, contribution of the Catholic Church to Ghana’s Education Sector, the establishment of St. Augustine’s College initially as a Teacher Training College in Amisano and subsequent construction and transfer of the College to Cape Coast with a Secondary Department. In all the narration, the authors bring out the undercurrents that led to the clamour of the Gold Coast Catholic faithful to have their own Secondary School and the frustrations that the Catholic Church hierarchy had to endure to have the College established.

The book gives a background to the naming of the College after the foremost Christian Theologian of African descent and how that dove-tailed into the philosophy, unique identity and character of the College’s products. Detailed highlights are given on major roles played by the Society of African Missions and the Congregation of Holy Cross in the holistic development of the College’s students. The College’s scholarship, excellence in sports and role as a citadel of the arts are well explained in the book with an impressive roll-call of outstanding alumni across various sectors as an emphasis to the role of the College within the context of national development. The very essence of campus life, management and curriculum is brought to the fore through reminiscence by APSUnians across its nine decades of existence. The various narrations are interlaced with interviews, discussions with College Management, academic staff and alumni dating as far back as the 1950s.

The book also does a comprehensive listing of every college alumnus from 1933 when the very first graduates left college till 2017 by their programmes offered and provides 65 coloured pages of very historic privileged pictures some dating as far back as 1930s. The role of the past students’ union (APSU) as one of the most critical stakeholders in the development of the College is clearly established all through the book which closes with prospects on the establishment of an endowment fund to secure the gains made over the decades.

Whether an APSUnian, Augusco parent, Catholic faithful, a historian or researcher, one will require a copy of this historic document to fully appreciate the work of the missionaries in the development of education in Ghana, role of the Catholic Church in the establishment of schools in Ghana among others.

The book is printed on quality paper and stitched hard-bound with dust jacket.

Be the first to review “St. Augustine’s College: Conquering With Perseverance – Our Past, Our Present And Our Future” Cancel reply