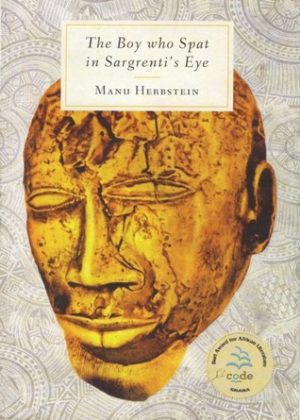 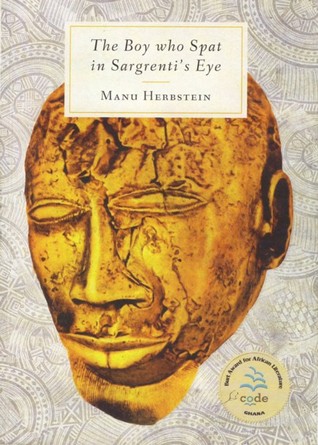 Sargrenti is the name by which Major General Sir Garnet Wolseley, KCMG (1833 – 1913) is still known in the West African state of Ghana.

Kofi Gyan, the 15-year old boy who spits in Sargrenti’s eye, is the nephew of the chief of Elmina, a town on the Atlantic coast of Ghana. On Christmas Day, 1871, Kofi’s godfather gives him a diary as a Christmas present and charges him with the task of keeping a personal record of the momentous events through which they are living. This novel is a transcription of Kofi’s diary.

Elmina town has a long-standing relationship with the Castelo de São Jorge da Mina, known today as Elmina Castle, built by the Portuguese in 1482 and captured from them by the Dutch in 1637.

In April, 1872, the Dutch hand over the unprofitable castle to the British. The people of Elmina have not been consulted and resist the change. On June 13, 1873 British forces punish them by bombarding the town and destroying it. (It has never been rebuilt. The flat open ground where it once stood serves as a constant reminder of the savage power of Imperial Britain.)

After the destruction of Elmina, Kofi moves to his mother’s family home in nearby Cape Coast, seat of the British colonial government, where Sargrenti is preparing to march inland and attack the independent Asante state. There Melton Prior, war artist of the London weekly news magazine, The Illustrated London News, offers Kofi a job as his assistant. This gives the lad an opportunity to observe at close quarters not only Prior but also the other war correspondents, Henry Morton Stanley and G. A. Henty. Kofi witnesses and experiences the trauma of a brutal war, a run-up to the formal colonialism which would be realized ten years later at the 1885 Berlin conference, where European powers drew lines on the map of Africa, dividing the territory up amongst themselves.

On February 6, 1874, Sargrenti’s troops loot the palace of the Asante king, Kofi Karikari, and then blow up the stone building and set the city of Kumase on fire, razing it to the ground.

Kofi’s story culminates in his angry response to the British auction of their loot in Cape Coast Castle. The loot includes the solid gold mask shown on the front cover of the novel. That mask continues to reside in the Wallace Collection in London.

The invasion of Asante met with the enthusiastic approval of the British public, which elevated Wolseley to the status of a national hero. All the war correspondents and several military officers hastened to cash in on public sentiment by publishing books telling the story of their victory. In all of these, without exception, the coastal Fante feature as feckless and cowardly and the Asante as ruthless savages.

The Boy who Spat in Sargrenti’s Eye tells the story of these momentous events for the first time from an African point of view. It is told with irony and with occasional flashes of humor. The novel is illustrated with scans of seventy engravings first published in The Illustrated London News.

This book won a Burt Award for African Literature which included the donation by the Ghana Book Trust of 3000 copies to school libraries in Ghana. In 2016, at the annual conference of the African Literature Association held in Atlanta, GA, it received the ALA’s Creative Book of the Year Award.

Prof. Kwesi Kwaa Prah writes:“The Boy who Spat in Sargrenti’s War takes history out of the recesses of memory and obscurity, and expresses it in vivid and dazzling light.”

The Boy who Spat in Sargrenti’s Eye is a story for adults of all ages, both young adults and those no longer so young.

From the Back Cover

On 13th June, 1873 British forces bombarded Elmina Town and destroyed it. It was never rebuilt.

On 6 February, 1874, after looting the Asantehene’s palace in Kumase, British troops blew up the stone building and set the city on fire, razing it to the ground.

15-year old Kofi Gyan witnesses these events and records them in his diary. This novel, first published soon after the 140th anniversary of the sack of Kumase, tells his story.

Ghanaian/South Africa author Manu Herbstein has written four novels, including Ama, a Story of the Atlantic Slave Trade, which won the 2002 Commonwealth Writers Prize for the Best First Book.

THE FRONT COVER FEATURES AN IMAGE OF A SOLID GOLD MASK LOOTED FROM THE PALACE OF THE ASANTEHENE. THE MASK NOW RESIDES IN THE WALLACE COLLECTION IN LONDON.