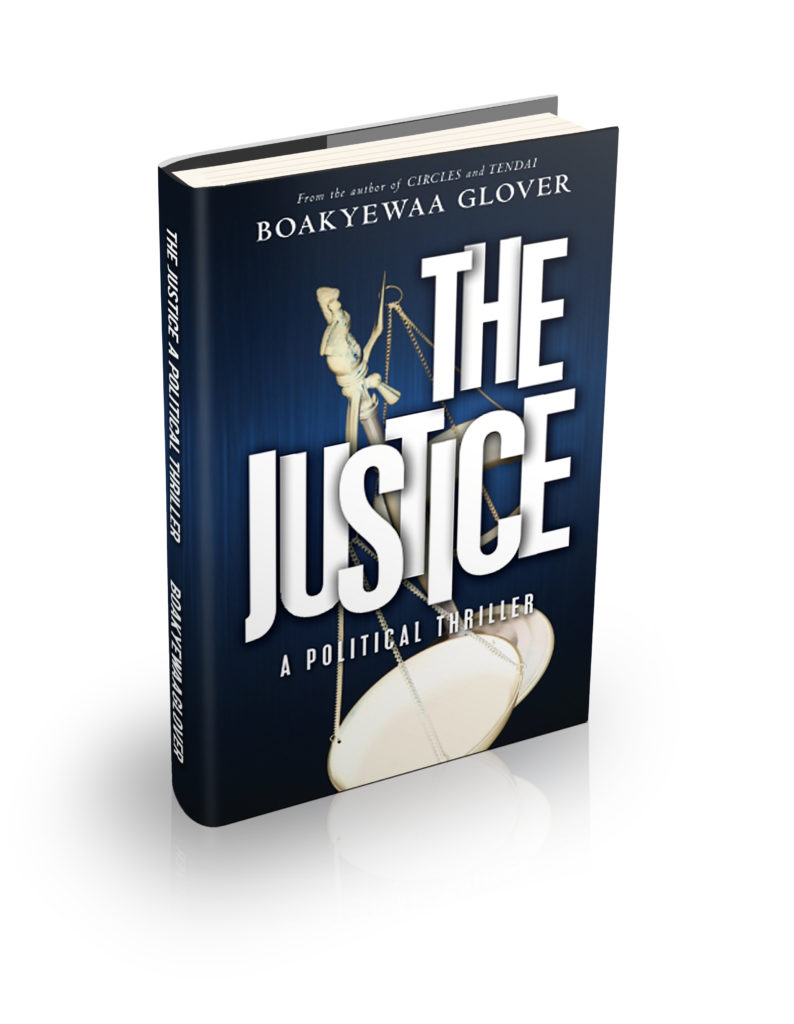 For his entire life, former Chief Justice Joseph Annan has his eyes on his country’s top prize: the presidency of Ghana. And this time, he will stop at nothing to ensure the title is his alone. But can he stop his world from falling apart in the process?

The Justice: God. Country. Family is Boakyewaa Glover’s searing political thriller that follows a career politician in his last gasp for the highest honor, as friends, foes, and family are embroiled is his relentless, no-holds-barred play for power. It’s a gripping contemporary look at Ghana culture that is sure to enthrall political enthusiasts, as well as fans of romantic fiction and mystery thrillers.

After four years in semi-retirement, the esteemed justice has put in his bid to be the next president of Ghana. Beloved throughout the country, Annan is widely celebrated as a principled, strong leader, who is intensely dedicated to his country. However, the long-adored icon harbors secrets that begin to surface soon after his bid. At his side is his razor-sharp Chief of Staff Caleb Osei, whose commitment to the cause is unflappable, and the most powerful advocate of all, his best friend and former President Samuel Yara. However, his challenges are just as formidable. His wife Adubea is emotionally unhinged after finding her twin sister murdered, and his daughter Abby has become entangled in a scandalous affair that could upend his campaign. And, there are past deeds involving the justice himself that have never been fully explained. As the stakes rise ever higher, the justice finds his carefully woven public persona unraveling before his own eyes.

With a high-octane pace and page-turning intrigue, this rare view of the forces at play in contemporary Ghana will leave readers hungry to piece together the fragments of deception. It’s riveting reading packed with spellbinding action, steamy romance, and a sizable dose of drama, Ghana-style.

Be the first to review “The Justice” Cancel reply